Donald Trump Jr. revealed on his Instagram his father’s first post on the new social media platform Truth Social, developed by Trump’s technology company. The platform will be open by the end of the first quarter of 2022. 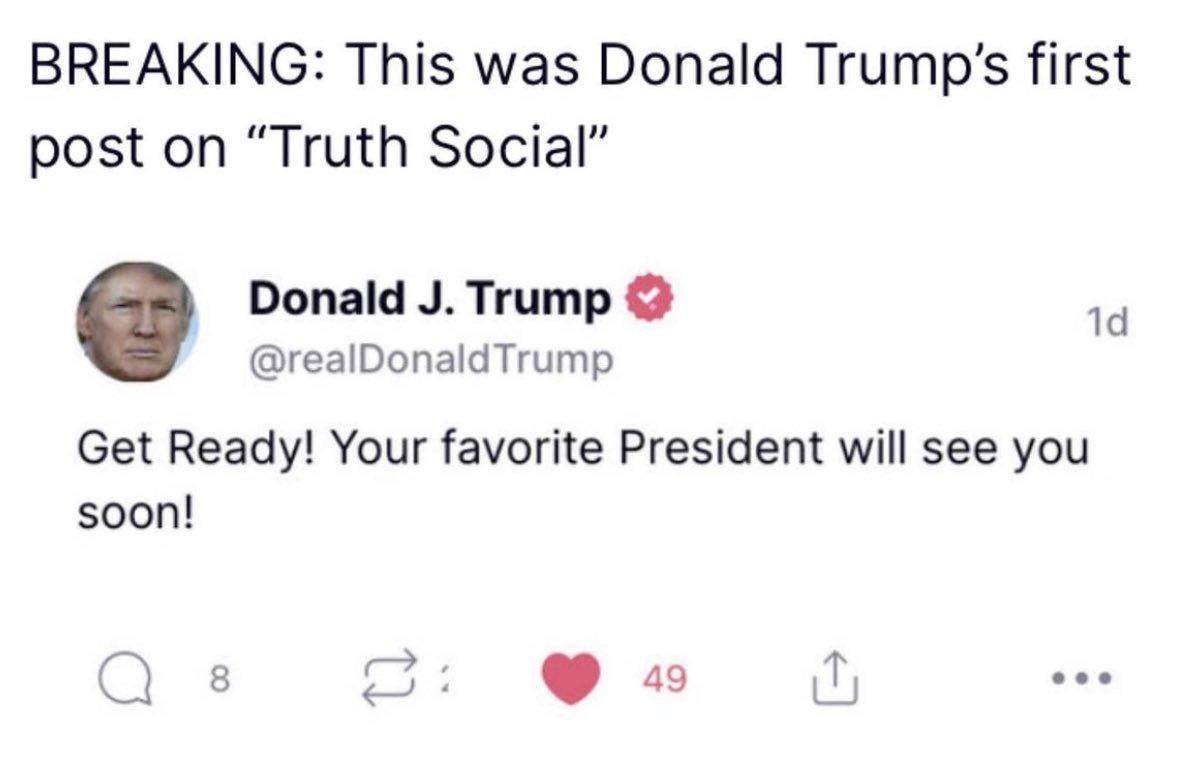 TRUTH Social (beta) has dropped and President Trump is active on his own account!

The world is healing. 🙌🏻 pic.twitter.com/58klKutxay

Truth Social has the potential to make President Trump the richest man in the world.