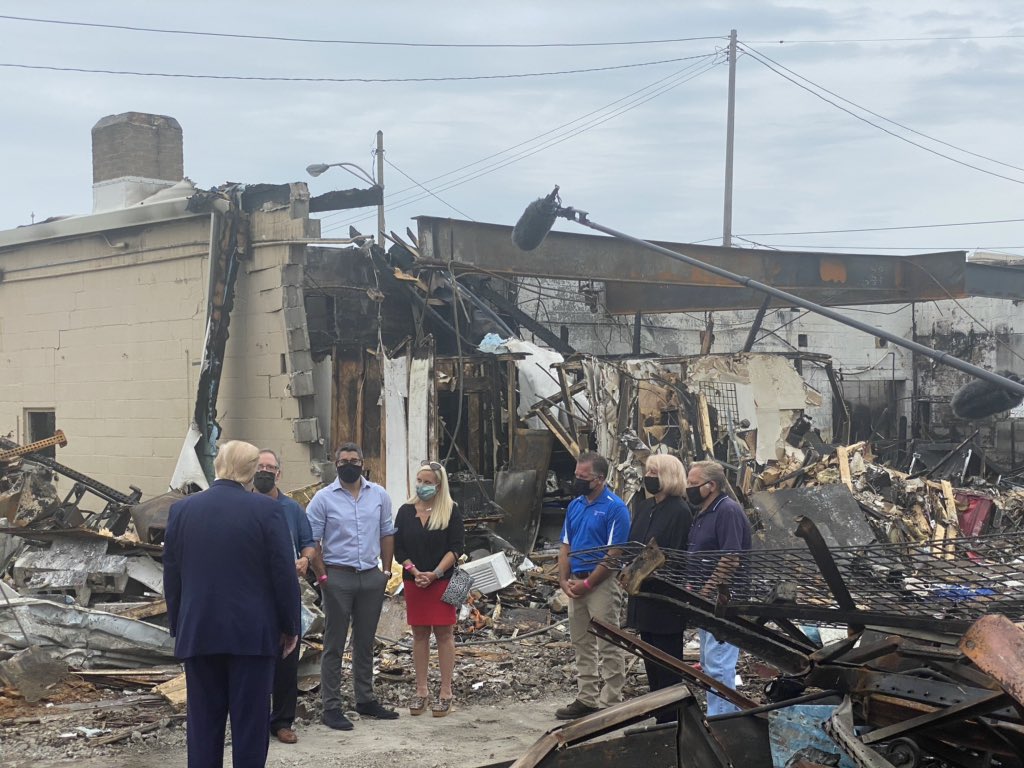 President Donald Trump visited sites of riots and destruction in Kenosha, Wisconsin, amid the protests of the shooting of Jacob Blake.

President Trump on Tuesday got an up-close look at the damage caused by recent riots and looting in Kenosha, Wis. — touring property damaged by the violence, blasting “anti-American” riots and promising to help devastated businesses rebuild.

“We’re going to get it fixed up, we’re going to help people rebuild their businesses in Kenosha…we’re getting it straightened out,” Trump told reporters as he begun his trip.

Make no mistake: Trump is flying to Kenosha solely — solely — to incite violence.

Trump on not meeting Jacob Blake’s family in Kenosha tomorrow. “They wanted to have lawyers involved and I thought that was inappropriate so I didn’t do that. But I did speak with the pastor of the family.” Blake’s father just now on @CNNSitRoom: “We don't have a family pastor."