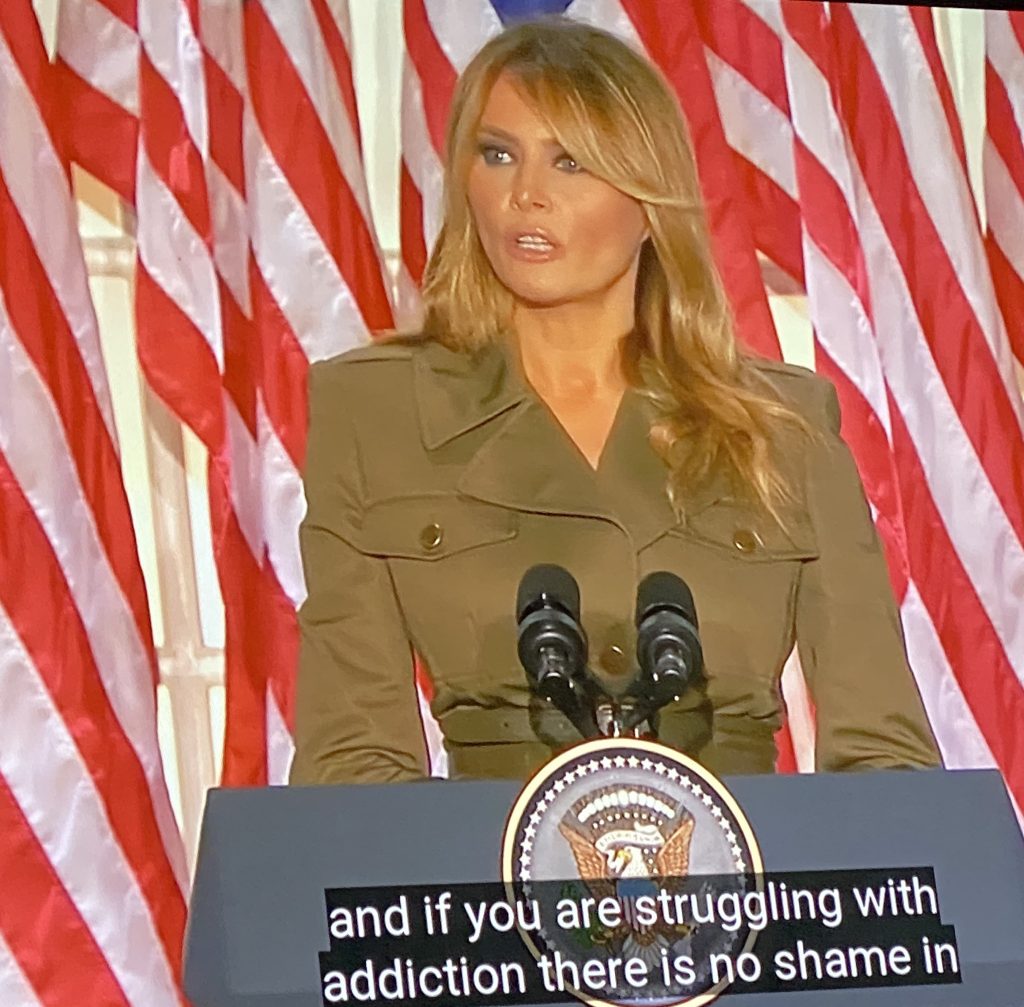 First lady Melania Trump cast her husband as the best hope for America and Americans in a Rose Garden address Tuesday night as President Donald Trump turned to family, farmers…

The president pardoned a reformed felon, used the White House grounds to elevate his wife’s keynote address and oversaw a naturalization ceremony for several immigrants in the midst of the prime-time program. The welcoming tone was at odds with some of his own policies, which are aimed at reducing both legal and illegal immigration.

“In my husband, you have a president who will not stop fighting for you and your families,” said Mrs. Trump, an immigrant herself. “he will not give up.”

Mrs. Trump and two of his five children led a diverse collection of supporters, including a convicted bank robber, calling for Trump’s reelection on a night that featured a distinctly more positive tone than the night before.