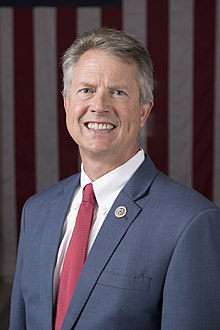 The win in the GOP primary means that Republican voters in the Sunflower State heeded their party’s advice by choosing the more moderate Marshall over the conservative firebrand Kobach. Republican leadership was concerned that a Kobach win would could ultimately flip the generally safe Senate seat to the Democrats in November’s general election.

“Kansas Republicans knew what was at stake in this primary, and tonight’s results prove voters will reject any Democrat efforts to buy this seat,” National Republican Senatorial Committee (NRSC) Chairman Sen. Todd Young, R-Ind., said in a statement. “I’m more confident than ever Kansas will remain part of the Republican Senate Majority.”

Rep. Roger Marshall has defeated Kris Kobach, the controversial former secretary of state, in the Kansas Senate GOP primary. A blow to Democrats' chances of winning the seat, reducing the number of seats Republicans will need to focus on defending in November. https://t.co/OlVOrNiswN