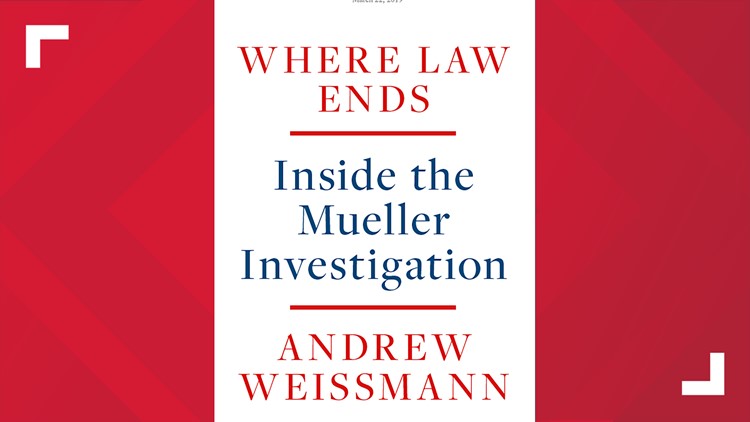 A top prosecutor for special counsel Robert Mueller has a book coming out this fall about the two-year investigation into the alleged ties between Russia and the 2016 campaign of President Trump.

Random House announced Monday that Andrew Weissmann’s “Where Law Ends: Inside the Mueller Investigation” will be published September 29. Weissmann, often the target of criticism from Trump supporters, is calling the book a meticulous account of the Mueller team’s probe and its ongoing battles with the Trump administration.

“I felt it was necessary to record this episode in our history, as seen and experienced by an insider,” he said in a statement. “This is the story of our investigation into how our democracy was attacked by Russia and how those who condoned and ignored that assault undermined our ability to uncover the truth. My obligation as a prosecutor was to follow the facts where they led, using all available tools and undeterred by the onslaught of the president’s unique powers to undermine our work.

Weissmann, who worked as an FBI general counsel under Mueller, gained prominence as a prosecutor investigating organized crime in New York City and for his leadership of a task force looking into the Enron scandal. He has a reputation for being aggressive and experienced, and skilled in developing cooperating witnesses. Under Mueller, Weissmann led the case against former Trump campaign manager Paul Manafort, who pleaded guilty to conspiracy charges in 2018.