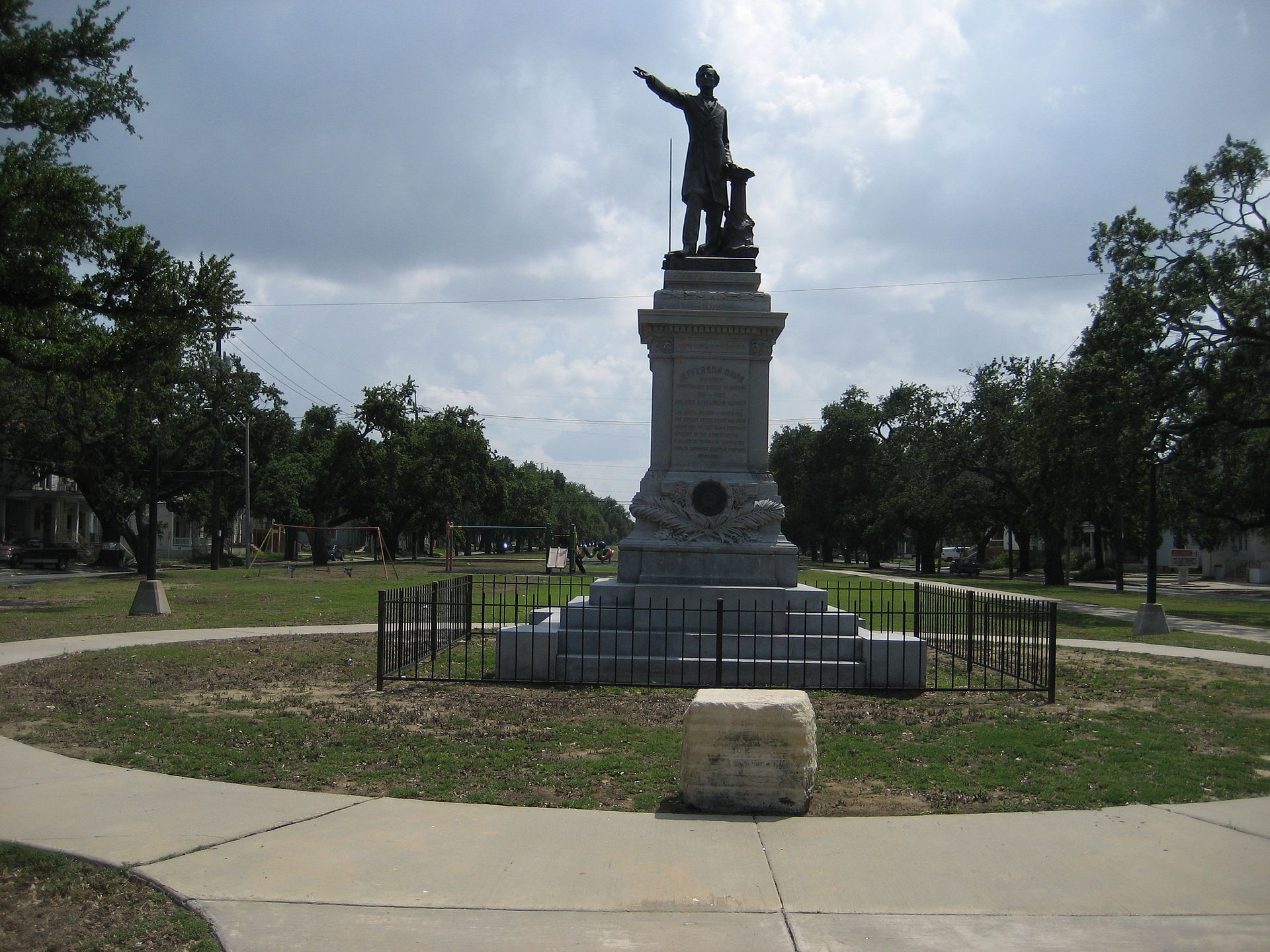 Protesters pulled down a more than century-old statue of Confederate President Jefferson Davis in the former capital of the Confederacy.

The bronze statue, which stood before a colonnade along Richmond’s fame Monument Avenue, laid on its back with dark paint on its face and an arm outstretched after demonstrators pulled it down late Wednesday.

Police were on the scene and videos on social media showed a crowd cheering as the statue, installed by a Confederate heritage group during the days of legalized segregation in the South, was towed away.

RICHMOND, Va. (AP) — A statue of Jefferson Davis was torn down along Richmond, Virginia’s famed Monument Avenue on Wednesday night.