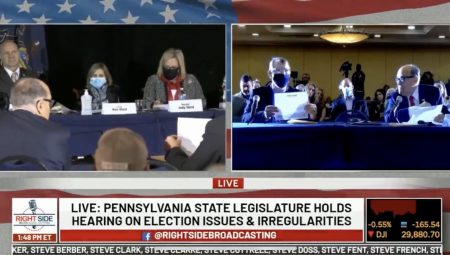 Rudy Guiliani and the Trump Legal Team presented evidence to the Pennsylvania State Legislation on voter fraud in their state. Guiliani pointed two huge gaps with Pennsylvania’s mail-in ballots. “You have two major gaps — you have the 672,770 votes that were not inspected by anyone secretly put into the ballot box and then you have this gap that I don’t understand between the mail-in ballots. You’ve sent out: 1.8 million and the number you […]

In a 5-4 ruling, Supreme Court sides with religious groups in a dispute over Covid-19 restrictions in New York

In a 5-4 ruling, the US Supreme Court sided with religious organizations in a dispute over Covid-19 restrictions put in place by New York Go… 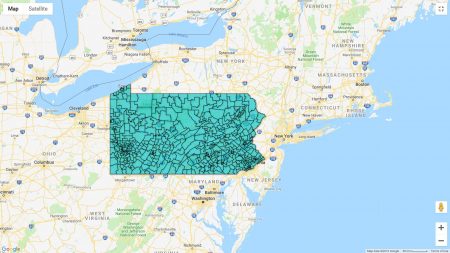 A Pennsylvania judge on Wednesday ordered state officials to not certify the results of the 2020 election.

Op-ed:  On Thanksgiving  By: Diane Sori / The Patriot Factor / Right Side Patriots on Right Side Patriots Radio   … How so? This can be explained in a letter written and sent to friend in England by aforementioned Mayflower passenger and feast attendee “E.W.” (Edward Winslow) who wrote: “And God be praised, we had a good increase…Our harvest being gotten in, our governor (William Bradford) sent four men on fowling that so we might […]

POLITICO Playbook PM: NEW: What Paul Ryan is saying about Biden and Trump

And markets soar after the Biden-Harris transition formally kicks off.

Sidney Powell, part of the Trump Campaign legal team, appeared on the Washington Examiner podcast, “Examining Politics”, and claims she has video and picture evidence of election fraud. “And we have multiple people who actually saw it as it was happening. And so we essentially have some pictures of it.” Powell said, “Ah, and it is terrifying. And it is a huge national security issue of why the Department of Justice and the FBI have […]

A growing number of veteran GOP lawmakers are pushing back on President Donald Trump’s tactics to overturn election results showing he lost the race, raising concerns that his tactics could hurt the US response to the coronavirus crisis and undercut a key pillar of democracy.

Mitch McConnell has agreed to resume talks over a potential coronavirus relief bill, according to Chuck Schumer.